Another first for Straw Works – no-one had ever designed council houses with straw before this project, and they reach a very high standard of thermal efficiency. Without using any tapes, just our standard design details, we achieved an air tightness value of 2.62 air changes /hour. We believe this is enough, as we are not advocates of passive house thinking (even though we can do it with straw).

We designed 2 pairs of council houses for NK between 2007/9 and helped them to build the first pair at Waddington, in conjunction with Taylor Pearson Construction. The roof was built on the ground and then craned into place, creating compression in about 2 seconds – very impressive!  It has deep pea-shingle filled trenches under the party walls as we discovered a bomb crater that no-one knew of during construction. This is the first time loadbearing straw was used for party walls, and in order to meet building regs for acoustic levels, it required a slim wall of 50 x 50mm timber filled with sheeps wool insulation and plasterboarded to deal with the very low sounds that might pass through the wall. This was before SNaB became an entity in its own right, we ran courses in strawbale building and supervised quality, mentoring the contractors on lime plastering.

In this NBS video, Barbara explains the various preparations made before the first bale is secured to the ladder plate and the process of laying the wall begins in earnest.

The role of render as both an aesthetic waterproofing and a strength-giving material is discussed; including experimental evidence from the BRE. 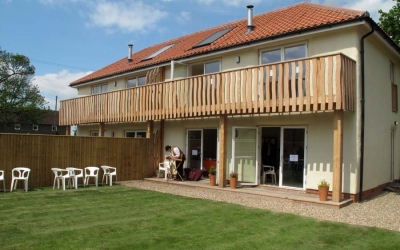 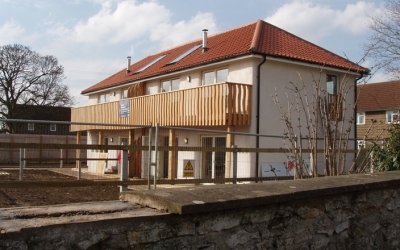 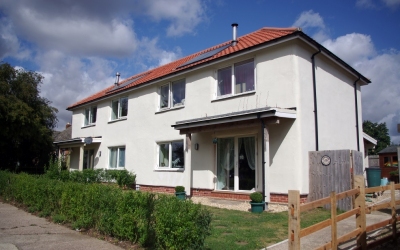 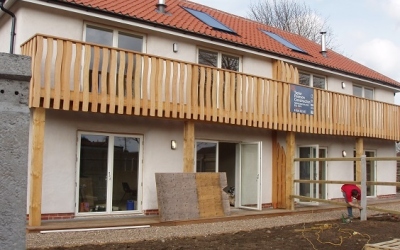 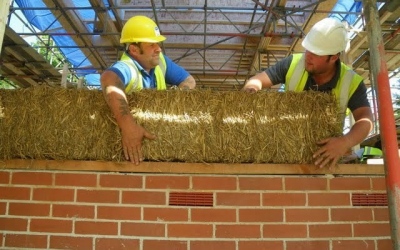 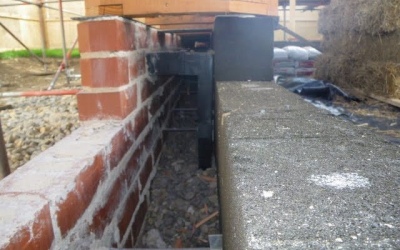 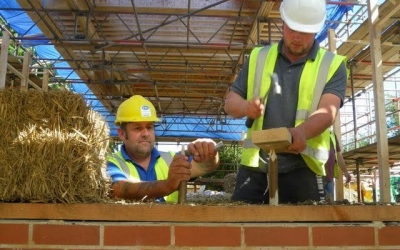 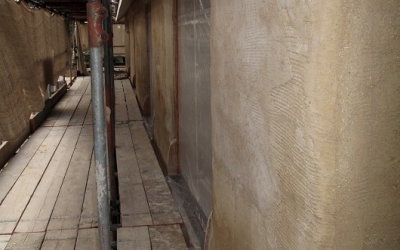 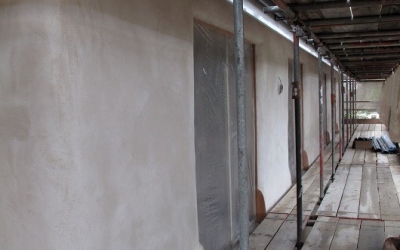 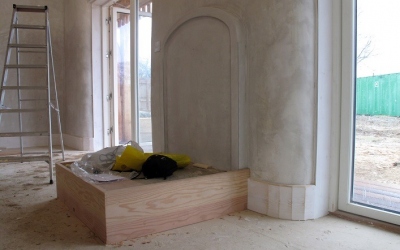 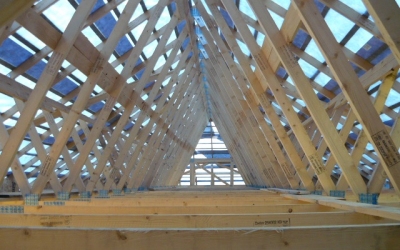 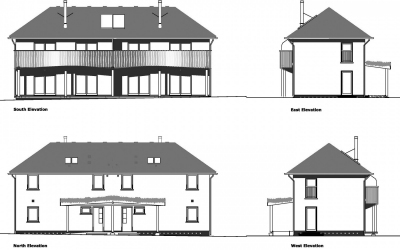 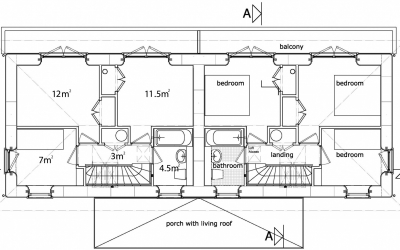 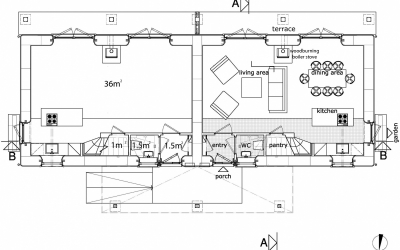 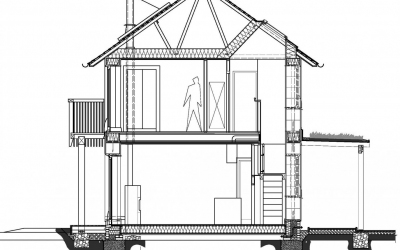 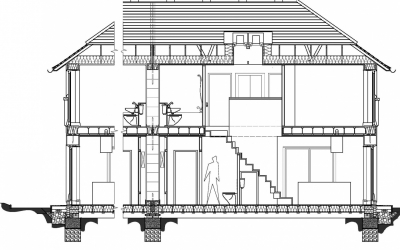